Being of Service with Dedication and Love 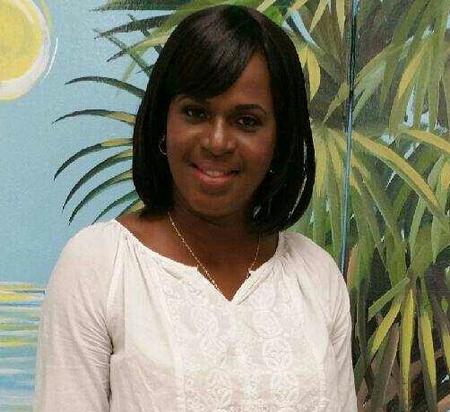 Kim's background consists of a Bachelor of Science  from the Bethune-Cookman-University and a Masters of Science in Educational Leadership from Florida Atlantic University.

​Making a Difference by Keeping Promises!

From 2012 to 2016, Kim Patrick was the head coach of the Cardinal Gibbon's Freshman Boys Basketball Team along with being an Assistant Coach for the Cardinal Gibbons Boy’s Varsity Basketball Team, contributing to the team’s first ever State Championship for the 2014­ - 2015 season.  In 2016, Kim Patrick's coaching career made the move over to St Mark's Episcopal School where she became the head coach for the St Mark's Boy's JV Basketball Team. Kim was an exceptional student athlete at Spanish River High School herself.  A graduate of Palm Beach County public schools, Kim earned her undergraduate Degree from Bethune­-Cookman-University where she was a member of the Lady Wildcats Basketball Team.

​Kim earned many accolades, as a member of the Lady Wildcats, her fondest honor, earning the Most Scholastic Athlete Award.  She was also an outstanding student athlete for the Lady Wildcats Cross Country Team.

​Kim has served as a very successful middle school basketball and volleyball coach for boys and girls.  One of Kim’s most gratifying moments in coaching came when she attended The 2011 NBA Draft as one of her former student athletes, Brandon Knight was drafted by the Pistons.

​Kim received a Masters in Educational Leadership from Florida Atlantic University.  She has served as a teacher, mentor and administrator for Broward County Schools.  She was nominated twice by her peers as Teacher of the Year 2000 (Sanders Park Elementary) and 2005 (Ramblewood Middle School).  She was involved with Project DESTINY, a church tutorial program; she serves as a youth motivational speaker; and is a volunteer board member, athletic director and coach for the Coral Springs Basketball Club.

​Most recently, in 2018, she became a member of and inducted into the prestigious Sorority, Delta Sigma Theta Sorority Inc..

Kim attributes her success to a very personal quote: "Every day is a new day; let us adopt a perspective that brings forth a positive being."

​Would you believe that...

The achievements you have just read belong to that of a student who was predicted to drop out of high school?  This is a true testament that programs such as KP4Kidz Foundation really do make a difference in the lives of students who have a desire to move beyond uncontrolled circumstances. Kim attributes her success to community outreach programs and caring families.  She has dedicated 20 years of service too many families and organizations.  An unquenchable desire to start a legacy of educational excellence prompted KP to open her heart, mind and soul to impact the youth of today.